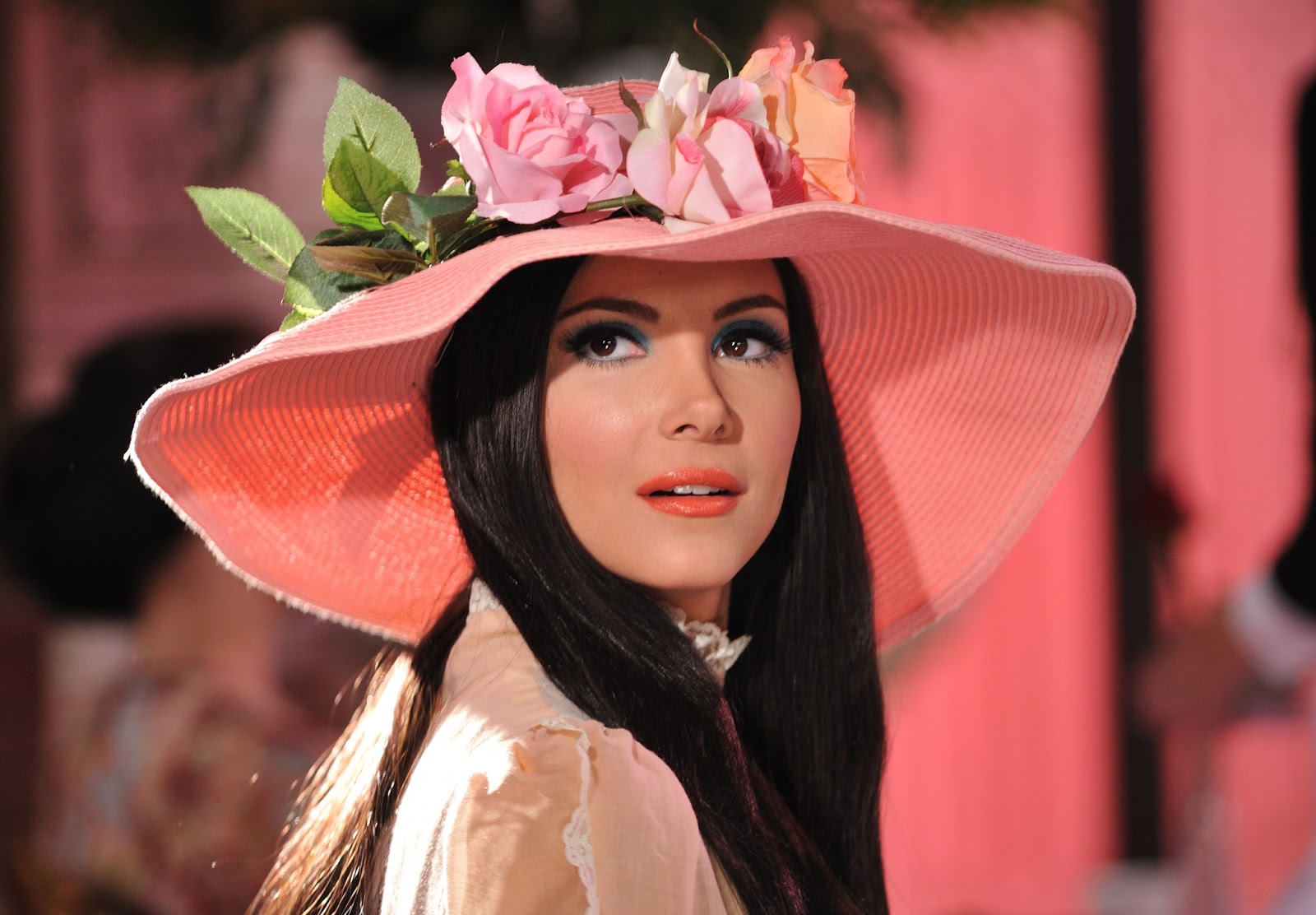 We all love a bit of eye candy – and by that I don’t just mean the buff, bearded barista from your local coffee shop who’s basically Jamie Dornan and Kurt Cobain’s love child. I mean other things which make your eyes go ‘oooo’, like that epic eye rub after your 9-5. Besides our crushes, nothing’s more like music to the eyes than pretty pastels and dreamy hues; in more Pinterest-perfect shades than MAC’s entire counter. So without further ado: here are seven films with the most gorgeous colour palettes – full of fashion and beauty inspo, guaranteed to make you swoon…

Life before Mean Girls, The Plastics and ‘fetch’ meant one thing: Jawbreaker – the 90s most deadpan teen comedy. (Where Rose McGowan was bossing resting bitch face, before Regina George even knew it was a thing…) In this cult classic, three of the most popular girls from High School end up killing the fourth member of their ‘Flawless Four’ clique, when a kidnapping prank goes horribly wrong and she ends up choking to death on a jawbreaker – bible. But that’s not the only thing to die for: so are all the film’s sassy, citrus coloured two pieces, bubble-gum tinted eye shadow and deliberately clashing prints. Trust us, Jawbreakers’ 90s nostalgia will give you all the feels.

Anna Biller’s The Love Witch is a sinfully stylish, candy-coloured horror-meets- comedy. Elaine is a witch on one mission: to find a man who loves her. With a mixture of seduction and spells, Elaine lures her suitors in – at a fatal price. But Elaine doesn’t give a toss – as long as she’s taken from men exactly what she needs. This tongue-in- cheek, feminist flick isn’t just a fab exploration of female sexuality and gender roles, but its 10/10 colour-coordination, tea rooms’ drenched in head-to- toe millennial pink and Valley Of The Dolls vibes are totally spellbinding.

This Sofia Coppola film will make you sign: blushing pinks, punchy peaches and sky blues – who said you couldn’t have your cake and eat it? Marie Antoinette stars Kirstin Dunst as the infamous French Queen who was Louis XVI’s wife – following her lavish days at the Palace of Versailles, which eventually caused some heads to roll…This isn’t just one of the prettiest period dramas ever with all the frills, but the film’s rose cupcakes are stunning enough to shed a tear.

Wes Anderson’s The Royal Tenenbaums is the epitome of indie cinema and 70s fashion. None more so than Margot Tenenbaum (yes, we’re looking at you Gwyneth Paltrow) – all panda eyes, poker-straight hair, hair clips, striped polos and f*** off fabulous fur. This film’s coffee, beige and caramel colour palette will leave you thirsty for seventies style for days. Throw into the mix a film about dysfunctional families, child geniuses, quirky characters, screw-ups, betrayal and an unexpected reunion – who could say no?

Baz Luhrmann’s Romeo & Juliet isn’t just a classic which gets us blubbing every time. Its oversaturated colour, the Montagu’s Hawaiian skirts and Leo’s floppy haircut didn’t just smell like teen rebellion at the time but were sexy AF – and still are now. This remake’s loud colours and bold attitudes made it a timeless hit. (The image of Leo crying into a yellow sunset will forever remain ingrained into my heart.)

This film’s red and green palette feels like a nice, warm hug. French rom com Amélie is all about a shy Parisian waitress, who lives in her own bubble. Amélie tries to find her own way in the world, while looking out for others, and just happens to fall in love along the way – it’s really quite gorgeous stuff.

Wes Anderson’s The Grand Budapest Hotel looks like something in-between pink paradise and a pretty extra Mr Kipling French Fancy cake – where wild adventures and unlikely friendships begin to take place. Never have colours given a film a dreamier feel and brought a fantasy world more to life.