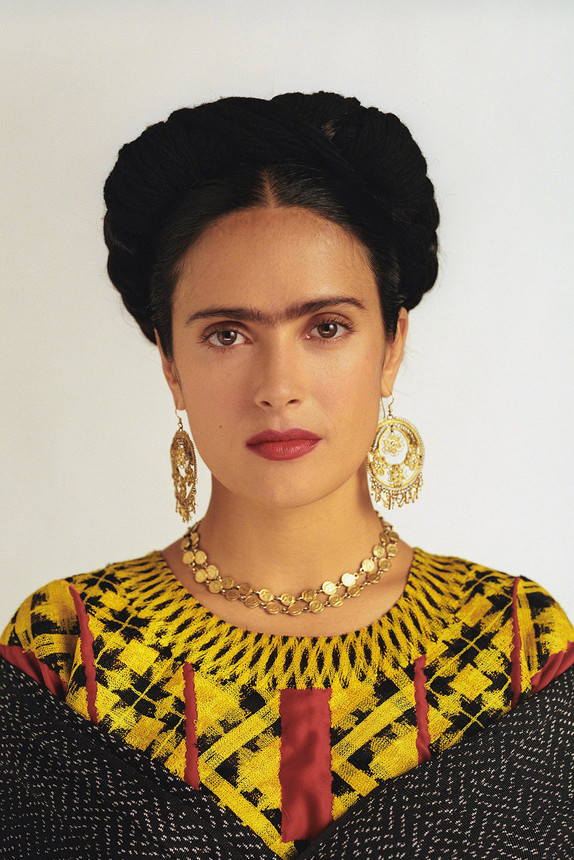 Unfortunately, what should come as celebratory news feels bittersweet.

Frida used to be a film I only had the fondest memories of, as I’m sure many others did. The biopic, directed by Julie Taymor, brought to life the complex and charismatic Mexican artist I so deeply admired. The progressive painter whose work destigmatised women’s bodies, liberated female sexuality and taught others how to draw strength from vulnerability.

Mexican novelist Carlos Fuentes praised Kahlo’s self-portraits for revealing ‘the successive identities of being still in the process of becoming’ – equally, I found Salma Hayek’s performance in Frida embodied Kahlo’s strong, yet malleable self. While the film’s portrayal of Frida and her husband Diego Riveria’s (played by Alfred Molina) toxic and all-consuming relationship is compelling viewing – in the film’s second half producing raw and visceral performances from both – it was Hayek who ultimately breathed life into my childhood idol. 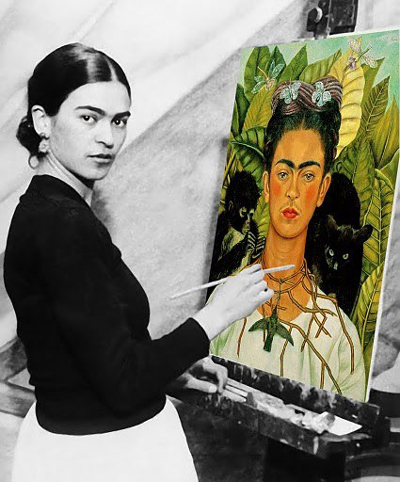 But the following seems more problematic now than it did 15 years ago; in light of Hayek’s harrowing account of the sexual harassment and abuse Harvey Weinstein – Miramax Film’s ex-head honcho – subjected her to throughout the film’s production. In one instance, Hayek alleges Weinstein threatened to axe Frida because he didn’t believe the biopic was ‘sexy enough’ and blackmailed Hayek into performing a full-frontal nude, lesbian sex scene with her fellow actor Ashley Judd.

Frida was undoubtedly a career-defining role for Hayek, earning her a Best Actress Oscar nomination, in addition to the film amassing five further nominations, and walking away with two Oscars on the big day. Hayek described the biopic, which she co-produced, as a passion project to The New Yorker:

‘One of the forces that gave me the determination to pursue my career was the story of Frida Kahlo, who in the golden age of the Mexican muralists would do small intimate paintings that everybody looked down on. She had the courage to express herself while disregarding skepticism. My greatest ambition was to tell her story. It became my mission to portray the life of this extraordinary artist and to show my native Mexico in a way that combated stereotypes.’ Hayek goes on to recount how: ‘The Weinstein empire, which was then Miramax, had become synonymous with quality, sophistication and risk taking — a haven for artists who were complex and defiant. It was everything that Frida was to me and everything I aspired to be.’

In the end she succeeded, but this feeling would soon be outweighed by the price she had to pay, being the subject of Weinstein’s repugnant demands. These included letting Weinstein watch her shower, perform oral sex on her, and letting his naked friend give her a massage. 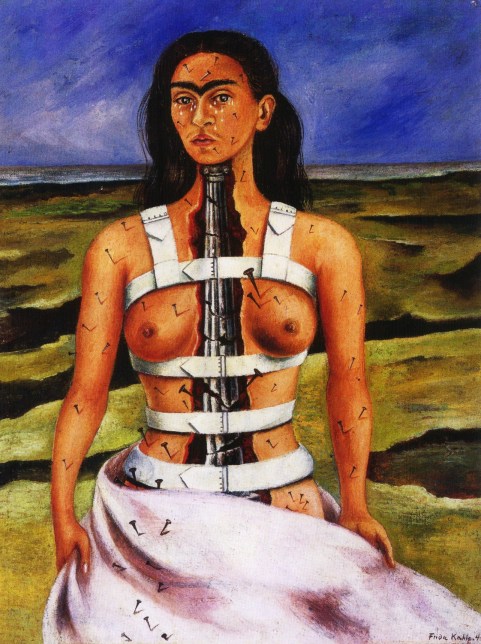 After learning it was Frida’s 15 year anniversary today, I wanted to rewatch my favourite film for old time’s sake. But I felt uneasy doing so in the post Weinstein era; privy to Hayek’s disturbing account of what happened behind the cameras. Surely this would taint the film irrevocably? With this mind, I wondered to what extent we can truly separate the art from the artist.

As I rewatched Frida,  one half of me was emotionally invested in the film, while the other half was invested in my external knowledge of it. With the latter constantly weaving in and out of my consciousness, I appreciated the film considerably less than I had previously. While I believe any good film remains a good one in its own right, once armed with certain background knowledge, it becomes impossible for emotional responses to not infiltrate our thoughts. The knowledge viewer’s enjoyment had come at its female cast member’s expense, proved all too fresh to absolve the artist from his crimes.

One part which made unsettling viewing was rewatching the nude, lesbian sex scene which Hayek claims Weinstein blackmailed her into doing. Seeing Hayek and Ashley Judd playfully rolling around in each other’s embrace, makes Salma’s accounts of the ordeal all the more horrifying:

‘I arrived on the set the day we were to shoot the scene that I believed would save the movie. And for the first and last time in my career, I had a nervous breakdown: My body began to shake uncontrollably, my breath was short and I began to cry and cry, unable to stop, as if I were throwing up tears…It was not because I would be naked with another woman. It was because I would be naked with her for Harvey Weinstein. But I could not tell them then…I started throwing up while a set frozen still waited to shoot. I had to take a tranquilizer, which eventually stopped the crying but made the vomiting worse. As you can imagine, this was not sexy, but it was the only way I could get through the scene.’

The suffering, pain, mental and physical abuse Hayek had to endure, mirrors these forces which Frida had to contend with in her life. But just like Frida’s fierce determination to not let life’s adversities crush her down, Hayek’s story becomes a tale of perseverance; a woman against all odds finishing a film – under Weinstein’s near-impossible demands, including Hayek raising $10 million for the film and rewriting the script for no additional payment – because Weinstein was dissatisfied with the film’s sexual appeal.

Although there are no winners in situations like these, Hayek emerges victorious by speaking out against her oppressor and hopefully encouraging more victims in the #MeToo movement to find their own voices. One aspect which certainly troubled me the most, is how many other sex or intimacy scenes have we watched where victims have suffered in silence at the hands of their oppressor? If there’s one thing I’ve realised, it’s in the era of #MeToo we can’t look at things with the same set of eyes we once did before. This, at least, plants some seeds of hope.